At 12:07pm, Caroline dispatched Station 300 (Denton), Paramedic 392 and Paramedic 13 for an MVC, reported serious with entrapment and possible ejection on Route 404 in the area of Federalsburg Highway. Chief 3 (D. Higgs) arrived on location; reported 2 vehicles involved in a head-on collision and established command. Once command was able to evaluate the scene, additional resources were requested. Ambulance-492 ( 3 w/EMS4-1) was dispatched along with other multiple EMS units to the scene.  Crews from Rescue 300 and Engine 103 extricated patients from both vehicles. One patient was transported by Trooper 6 to a trauma facility, however all other Aviation units were cancelled due to storms approaching the area. Ambulance-492 arrived and staged on scene until released by Command.  The other eight patients were transported by ground. One patient succumbed to his injuries at PRMC. 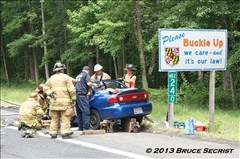 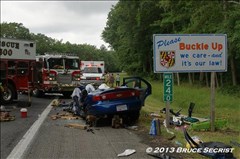 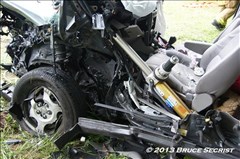 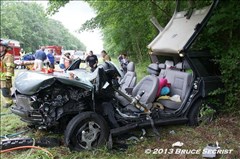 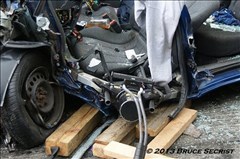 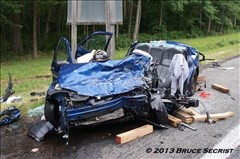